Vice President Cheney protested yesterday that he had been misunderstood when he said last week that critics of the White House over Iraq were "dishonest and reprehensible."

What he meant to say, he explained to his former colleagues at the American Enterprise Institute, was that those who question the White House's use of prewar intelligence were not only "dishonest and reprehensible" but also "corrupt and shameless."

It was about as close as the vice president gets to a retraction. --Dana Milbank in the Washington Post

Glad I could clear that up. 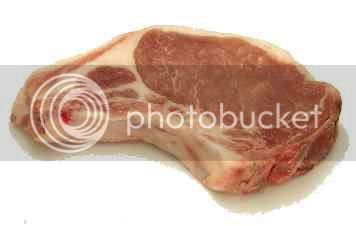 Many years ago, I worked at a publishing house that had a consulting editor named Congdon. The young woman from HR who sometimes sat at the reception desk consistently called him Mr. Condom. She was completely oblivious to this, and it wasn't a joke on her part.

I didn't have the heart to correct her.


UPDATE: Hmm. For the subject line of this post, I wanted to quote from the song "The Way We Were." I assumed the line was "misty watercolor memories." That is, like a watercolor painting. Judging by a Google search, most people think it's "misty water-colored memories," which means memories the color of water. That doesn't make much sense.

Barbra, I know you're a loyal reader, so please clarify.
Posted by Jim Donahue at 8:52 AM 3 comments:

Let me tell you, it's been a real emotional roller-coaster around here lately! First, I received some truly shocking news. Believe it or not, I found out ... No, that's wrong. It hasn't been an emotional roller-coaster, exactly. I mean, what's that, really? You get in a nice safe car and you go up and down, but you're never in any real sort of peril, right?

It's been more like the whirling tea-cup ride, like at Disney World. What's the name of that? The Mad Hatter's Tea Party, I think. You get in, and then whoever's in the tea cup with you spins the thing around so fast that the G forces push back your cheeks like you see on astronauts' faces on takeoff and you think all the skin is going to peel off their skulls because there's just no freakin' way that a body could take all that punishment, or maybe your neck will just snap right off! SNAP!!! Yeah, that's it--it's been emotional Mad Hatter's Tea Party.

What was I saying? Oh, yeah ... my appalling news! Really, you will NOT believe this! I found out ... now, get ready for this ... No, no, no. That's still not right. What's the game where you keep hitting rodents with mallets? Smash-the-Rat? Flatten-the-Squirrel? ... Whack-a-Mole! Yes, that's exactly what it's been: an emotional Whack-a-Mole game!

So, back to the story. I found out--and, trust me, this is going to curl your hair and knock your socks off--oh, dammit, I'm telling this all wrong!

Now that I've had a little time to think things over more, it's really been more like an emotional Tilt-a-Whirl. You know, you get strapped into this big apparatus, and it starts spinning, and the floor drops out, and people start screaming and losing that extra-large Diet Pepsi with Lime and corn dog with extra relish they just gulped down and they just want to die or at the very least stop spinning. Yes, that is it! An emotional Tilt-a-Whirl!

Where was I? Oh, right. So--and I really, can we keep this just between us? Because I really don't this news to get around-- ... eh, I'm still not capturing this. I guess it's really more like an emotional It's a Small World After All. Man, aren't those dolls just the creepiest? Definitely not an emotional Country Bears Jamboree, though--jeez, that's completely wrong. An emotional Sleeping Beauty's Enchanted Castle? An emotional Mr. Toad's Wild Ride?

... No, it was definitely an emotional roller-coaster.

We have so much in common. We both like soup. And the outdoors, and snow peas. We can talk or not talk about anything for hours and still never run out of things to not talk about.

Whoever IDs the source of that quote first gets a gold star.
Posted by Jim Donahue at 7:46 PM 11 comments:

It's that time of the year to count our blessings.

Many years ago, I was stuck in perhaps the worst job ever, working for someone who quite literally drove people insane. (Really--I'm not making this up.) One morning, upon answering the phone, I had this conversation:

Me: Good morning. Factoid and Blister.*

Woman: I need to refill my Valium prescription.

Me: I'm sorry, you have the wrong number.

Woman [screaming]: I WANT MY VALIUM!!!

So, what am I thankful for this year? I'm thankful I'm not that woman.

To all my legions of loyal readers--yes, all ten of you--may you have a happy, healthy Thanksgiving, and may your turkey be stuffed with Valium. I hear it goes great with cranberry sauce.

Oh, and to all my new readers in Canada: Sorry, fellas, you jumped the gun and celebrated T-day a month ago, so no Valium for you. If you're good, maybe for Christmas.

*Company name changed to protect the guilty.
Posted by Jim Donahue at 9:11 AM 4 comments: 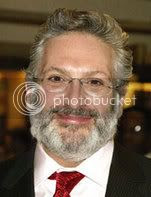 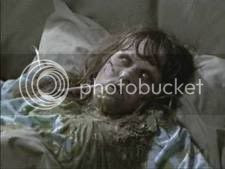 Linda Blair (while possessed) divided by 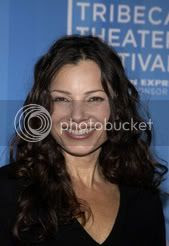 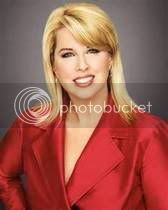 The first time I saw Rita Cosby on MSNBC, I thought: That poor woman, having to appear on air while getting over a horrible bronchial infection! But now I realize it's her actual voice. Amazing.
Posted by Jim Donahue at 9:18 AM 3 comments:

Why are you here again?

Northern Conservative Baptist Great Lakes Region Council of 1912
Hotel Lawanda
short people have no reason to live
dressing up like a pop star the easy way
banging head against wall
what shall we do with the drunken sailor
Christmas is pain
drunken sailor and Reagan
chief misappropriates funds
how much does a 500 pound gorilla brain way [sic]
christmas songs written by jews
what is Stacy Haiduk doing now
santaland diaries i'm going to have you killed fired
angelina jolie senator harkin
his prosthetic hook
pauly dinah shore
bush quotes verbatim by comedians
what would groucho do?
do political leaders feel guilty?

Plus there's all the image searches, which have gotten oddly prevalent lately: the Aflac duck, Karl Rove, and Count Chocula. (Hmm. All I need is a headline, and there's a Handy Visual Guide.) But the most people have come looking for a bag of money with a $ on it, though I haven't used that piece of art for a long time. The thing is, I can't figure out what keyword they're using to get here.)
Posted by Jim Donahue at 8:15 AM 5 comments:

The rest of China's 9 gazillion citizens can, presumably, go Cheney themselves

On Sunday morning, [President Bush] underscored his concerns about China's crackdown on religion by attending a service at the Gangwashi Church, one of the few state-approved and state-monitored congregations in the country. That visit was a highly symbolic one: His huge motorcade--more than 50 cars--took him to the church, off an alley near Tiananmen Square. He took part in a traditional Protestant service and signed the guest book with the words, "May God bless the Christians of China." --The New York Times

Well, sort of. I'll be appearing at the Eclectic Cafe in Bay Shore, N.Y., on Dec. 10, reading one of David Sedaris's warped holiday tales, "The SantaLand Diaries."

But be sure to book those hotel rooms early. (Ha! I crack me up.)

PS: I admit my head shot was taken, um, about 7 years ago. Be prepared to see a bit more gray in the beard. (Hey, it's a nice photo and I'm not going to waste it. Perhaps I should have it artificially aged, like the police do with photos of children who've been missing a long time. Anyway, I once acted in a play starring a guy who was quite bald, and he had a full head of hair in his lobby photo. It's a theater tradition.)
Posted by Jim Donahue at 8:46 AM 3 comments: 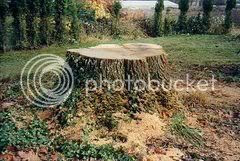 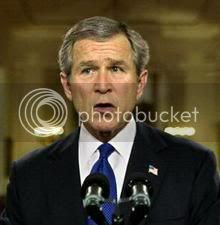 A hole in the ground
Posted by Jim Donahue at 4:39 PM 4 comments:

Nothing to do this weekend?

Go to Pickle Fest! There's the pickle juice drinking contest! The pickle toss! Music from not just one or two, but many different groups! Prizes, prizes, prizes! And LOTS and LOTS of food! With extra pickles!!!

God Is My Codependent, who runs the Ten-Foot Poll, lives nearby and can surely put you up for the night.

And, here--enjoy this picture of a pickle dressed like a pirate. Why? Because.
Posted by Jim Donahue at 9:24 AM 9 comments:

Oh, what the heck--it's my blog, and I can bore you if I want to

I know slide shows of other people's vacations can be painfully dull. 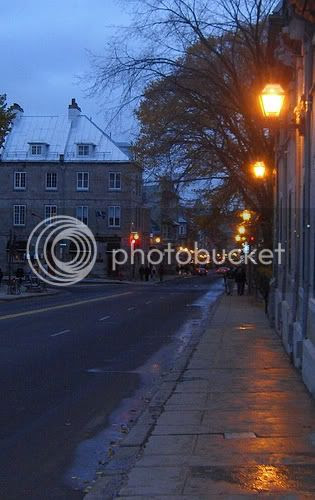 We went to a few concerts held inside a church called St. Roch. There was some rather eerie lighting in there for the shows--I didn't tweak this at all: 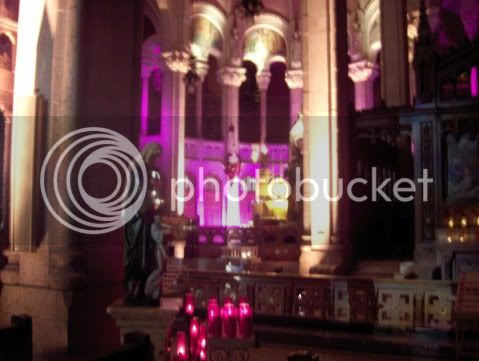 Also in the church: 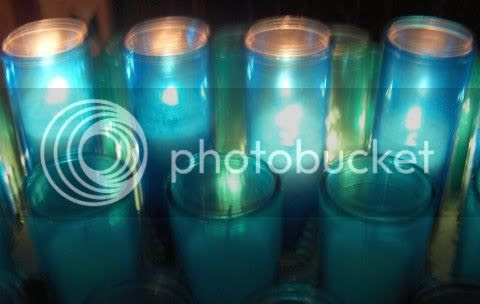 A light wreath on the outside of a market in Montreal: 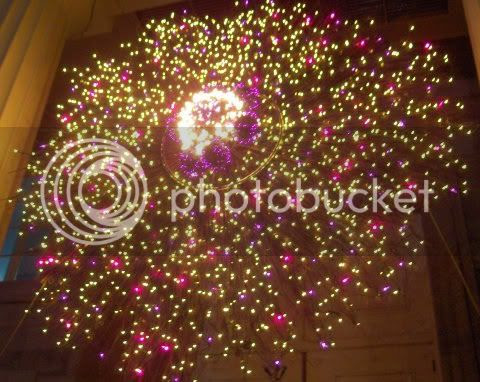 Same wreath after playing around with color. Kind of freaky: 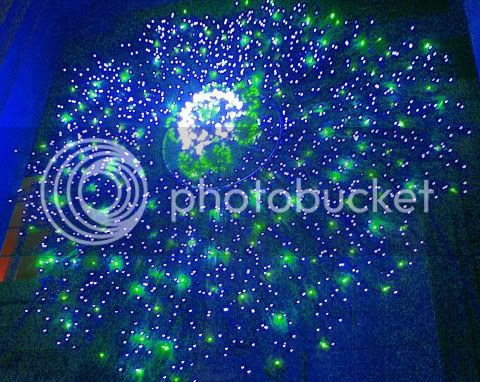 I love my new digital camera!
Posted by Jim Donahue at 9:33 AM 5 comments:

Shall I bore you with vacation photos? 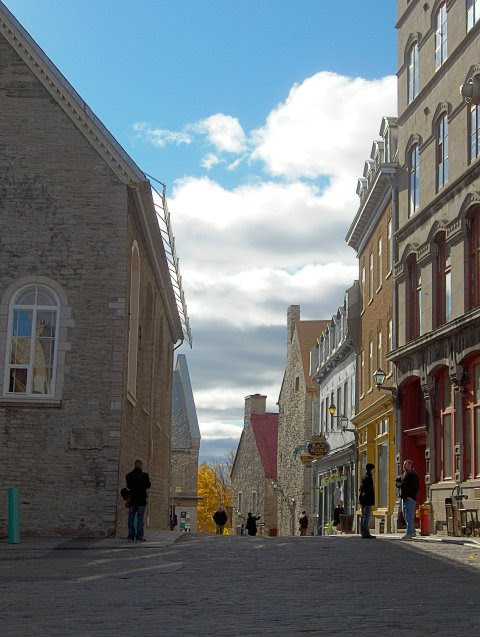 I've always had a problem with the concept of the guilty pleasure. There's very little I like that I actually feel guilty about. The horrible films of Edward D. Wood? A pleasure--they make me laugh. Really, is there a film funnier than Plan 9 From Outer Space?

My fondness for certain '70s pop that some might call schlock? Again, I feel no guilt. I like Seals & Crofts. Yeah, some of their hits were way saccharine, but so what? A number of their album cuts were actually quite beautiful, and the session players on their LPs were top-notch. (Not long ago, I was surprised as hell when radio surfing to find that a popular hip-hop song of recent vintage was built around a sample of the bass hook from an obscure S&C album track. There was no mistaking it, and I'm probably the only person to notice.) Anyway, no guilt trip there.

But when I heard the phrase "guilty pleasure" a couple of times recently, I realized I do have a couple. Two, actually.

--White Castle hamburgers. There simply is no defending these things. They bear only the slightest resemblance to the substance we call "food." The buns make Wonder bread look like the finest French croissant. The meat--is it meat? I'm not sure--is a pale little gray slab. The onions are overwhelming. The whole thing is sort of ... well, damp is the best way I can describe it. And yet ... and yet ... once every three months or so I HAVE to go to White Castle. I'm drawn to it like a certain world leader is drawn to a bottle of scotch when his poll numbers are down.

--America's Next Top Model. I hate reality shows. Really, I do. But I've somehow gotten sucked into this weekly parade of the beautiful leading the stupid. It has nothing to recommend about it. I can actually feel my brain cells dying as I watch. But every Wednesday night at 8, there I am in front of the TV, guilty as charged.

So, I've confessed. How about you? What do you really feel guilty about? Please no "I love disco"-type admissions--that's just too easy.