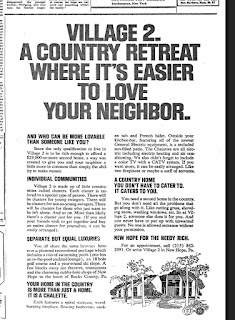 As Clueless as ever

I'm appearing in five episodes of the As If podcast--a minute-by-minute look at Clueless, Amy Heckerling's 1995 updated, comedic take on Jane Austen's Emma. (In addition to that link, by the way, the show is also available via iTunes.) I'll be a guest for episodes devoted to minutes 53 through 57, and the first of our episodes went up today--the others go up Tuesday through Friday. If you're wondering if Clueless holds up: Yes, it does, and we had a lot of fun talking about it. Host for the episode is Dan Costa (who has his own podcast, Blockbuster Dropouts) and fellow guest is Wendy Mays (who hosts the Pet Cinematary podcast). (I take it that I'm now the only person on Earth without his own podcast.) So tune in for fun and prizes! (Note: The prize is free entertainment!)

You can start at the beginning, if you like--start listening now so you're all caught up!

At the end of the first episode, I was asked if I had anything to plug, so here goes--

Daily Grindhouse posted a piece I wrote about George Pal's 7 Faces of Dr. Lao, a classic fantasy from 1964, and a favorite of mine since I was a kid.

And Cashiers du Cinemart published my mystified take on the cult oddity After Last Season, which includes interviews I conducted with three of the actors. If you've never heard of the movie--well, I can't blame you, but here is the trailer, which is mesmerizing. The movie, not so much. You are under no obligation to watch the movie, but, seriously, watch the trailer. It may change your life. (Note: There are printers in the basement you can use.)

Another piece I wrote for CdC is this look at Michael Powell's They're a Weird Mob. Powell is one of my favorite directors, probably best known for The Red Shoes, Black Narcissus, and A Matter of Life and Death. This is one of his lesser movies, but his classics are just so widely analyzed it didn't make sense to write about them yet again. As far as I can tell, I may be the only person who has ever written about this movie. Sure, there's a reason for that, but still.

That's all, folks!
Posted by Jim Donahue at 8:00 AM No comments: