Part of a very occasional series in which we improve odd descriptions of vanity press books advertised in The New York Times Book Review by adding the phrase "Wacky high jinks ensue" at the end of them. Why? Because we just want to help. Ad copy verbatim (except for the high jinks) from the Feb. 26 issue. Typos and odd punctuation should be considered (sic):

Based on the greatest true story ever recorded in ancient times, [name redacted]'s Noah's-Icy-Cataclysm revives the memory of Noah, the greatest hero to have ever lived on earth. Explore the story of the "Great Flood" through a revolutionary approach! Wacky high jinks ensue.

Oh, come on--everyone knows Chuck Norris is the greatest hero ever to have lived on earth. (Or is he fictional?)

The Wisdom Compass to Eternal Life is an enlightening book that explores the essence of prayer, the heavenly computations or Qamar, the dynamics of eternal life, and the revelation of eternal life through the spiritual compass and other pivotal spiritual topics. Wacky high jinks ensue.

The heavenly computations of Qamar? I just don't understand the new math.

I don't recall needing an instructional art book for this. But then, I'm a guy.

Posted by Jim Donahue at 3:57 PM No comments: 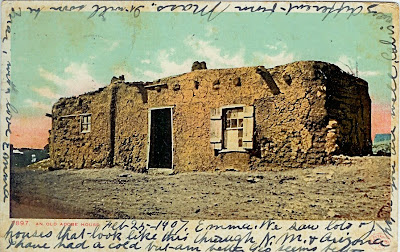 Emma. We saw lots of houses that look like this through N.M. & Arizona. I have had a cold but am better. [?] seems better. hope you are well. Cal is very different from Mass. It will soon be Mar. with love Emma

Did she send this to herself? Click to embiggen. 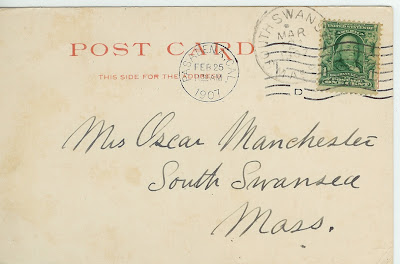 Posted by Jim Donahue at 8:48 AM No comments:


Currently on Yahoo's home page (and it appears to have been up for hours): 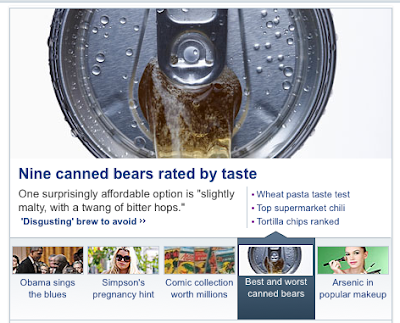 (For the record, I prefer bears on tap or in bottles. The canned ones taste tinny.)

“The lid came off this pot because it was masking a can of worms and it was time that they came out in the light of the day,” said Marco Lillo, an investigative journalist at the newspaper Il Fatto Quotidiano. ... --The New York Times

Posted by Jim Donahue at 9:40 AM No comments:

It's not too late to make your own candy hearts.

Posted by Jim Donahue at 5:23 PM No comments:


In which we (admittedly) cherry pick the comments on yesterday's Thomas Friedman column in the Times.

You know how in Scrabble sometimes you look at your seven letters and you’ve got only vowels that spell nothing? What do you do? You go back to the pile. You throw your letters back and hope to pick up better ones to work with. That’s what Republican primary voters seem to be doing. They just keep going back to the pile but still coming up with only vowels that spell nothing.

And the public responds:

As possibly the only member of the GOP that reads the NYT I could not agree more completely with Mr. Friedman. Let's toss our letters back into the bag and come up with a word that spells CHRIS CHRISTIE.

Yes, the schoolyard bully who threatens and ridicules anyone who disagrees with him and flies on a helicopter at taxpayer expense to his son's ball games while cutting the state budget, including a long-in-the-works transit project. Why, he's perfect!

I could find a car wash employee with a GED that is less frightening to the electorate right now than the Kenyan Marxist. Whomever emerges from the GOP nomination is going to seem as welcome as the Allies breaching the gates of a Stalag in 1945.

Which is exactly true if you replace "Kenyan Marxist" with "Hawaiian centrist" and "as welcome as the Allies breaching the gates of a Stalag in 1945" with "I've soiled my diaper."

We need the democrats to return to being moderate, they have moved way to the left. ... The republicans are what the democrats used to be. Both parties have changed, one moved to the center, the other to the left.

I need to go lie down.


Odds and ends I've linked to on Facebook, but not here:

This New York Times story about a a dog and a kid with brain damage from fetal alcohol syndrome made me cry. Not that that's especially hard, but still.

The sock monkey product you were waiting for: wine monkey.

The recent death of Nicol Williamson spurred me to look up this old Paul Rudnick piece about working with him in I Hate Hamlet. That would have been something to see!

The lyrics to this Jeremy Messersmith song, "Dead End Job," just kill me.


A rerun from last year. Hey, it's topical again!

WHO?: The most famous of spring-predicting groundhogs.

PRO: Inspired the classic film Groundhog Day. Right 39% of the time, according to random page I found on the Internet.

CON: Wrong 61% of the time. Basically, as Bill Murray has pointed out, an overgrown squirrel. 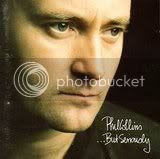 PRO: There's so much he needs to say to you--so many reasons why.

CON: If you told him you were drowning, he would not lend a hand. Also, "Sussudio": What the hell was that about?


WINNER: Gotta go with Punxsutawney Phil. Groundhog Day really is a classic. Also, who knows how many people Phil Collins has allowed to drown?