Part of a very occasional series in which we improve odd descriptions of vanity press books advertised in The New York Times Book Review by adding the phrase "Wacky high jinks ensue" at the end of them. Why? Because we just want to help. Ad copy verbatim (except for the high jinks) from the April 29 issue. Odd punctuation should be considered (sic):

Plateau Ivory 10,000: Down With Destiny: Wishwanath, the Monarch of Plateau Ivory was driven to the edge by believing his father who had died of an accident was alive and following him to almost everywhere! Wacky high jinks ensue.

Underneath a Flight Attendant talks about [name redacted]'s adventures, during her long flying career as a cabin crew and her musings as a spiritual guru and peace seeker. It's a biography that will blow your mind! Wacky high jinks ensue.

Really, miss, all I asked for was a blanket.

"Now I Can Call Myself A Biker": This is the story of David's exploits and adventures to gain experience he so desperately wanted. It has shown that even at his age, in his mid-life crisis, it wasn't too late to learn how to ride a motorcycle. Wacky high jinks ensue.


Recent search terms that have stranded visitors on The Velvet Blog: 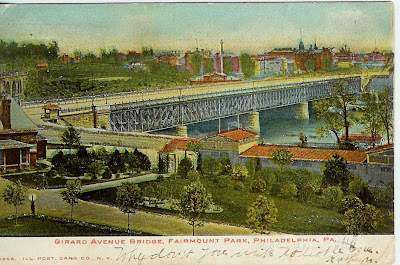 Why don't you write to little me. 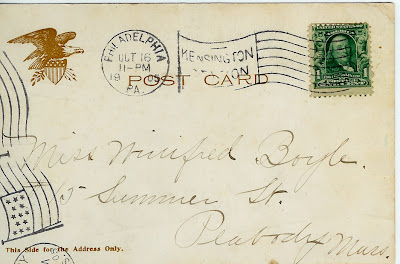 You can't judge a book by its title


Unless you're plugged into certain corners of fandom, you may not be aware of the "mockbuster"--straight-to-video movies that exist just to trick people into seeing a ripoff of a vastly more popular film with a similar name. A lot of these turn up on SyFy on Saturday nights and are largely the domain of one studio, The Asylum.

Vaguely aware of some movie about reptiles on some mode of transportation but not 100% sure what the title is? You may wind up with Snakes on a Train instead of Snakes on a Plane (though I'm not sure how much worse off you'd be, come to think of it). Your local video store out of the Robert Downey Jr. version of Sherlock Holmes? Well, wouldn't you be just as happy as the knockoff version where Sherlock battles a dinosaur? (Hey, that could even be better!)

But until I was alerted by concerned reader Prof. Longnose, I was unaware of the book mockbuster:


Until recently, if you had typed "Steve Jobs Isaac" into the online retailer's search box, the first choice that popped up wasn't the best-selling book by Walter Isaacson, but instead one with the same name and a similarly sounding author, Isaac Worthington. The book appears to be selling, even though Amazon's one reviewer gives the book a single star and calls it a "poorly produced pamphlet." Presumably, Worthington's book is based on exclusive interviews with Jeve Stobs.


Not only are Amazon's customers being plagued with sound-alike titles, but it's happening with Amazon's help:


It's perhaps more shocking that Amazon not only sells the books, it's also helping their authors create them. All of the apparent copycat books that Fortune found on Amazon were made through CreateSpace, which is a division of Amazon. Authors can use CreateSpace's system to design and self-publish their own books. The books then go on sale on Amazon and other sites. Amazon splits the proceeds with authors.


Yes, it's possible to make money doing this:


Karen Peebles, who is the author of I am the Girl with the Dragon Tattoo, says she has self-published around 10,000 books though CreateSpace, not all of which are in her own name. "I am a single mother who home schools her children," says Peebles, who says she sells "thousands and thousands" of books a month. "Self-publishing is a great way for me to make income. I receive a pretty nice royalty every month."


You read that correctly: 10,000 books. (That's slightly more than Isaac Asimov published in his lifetime.) I decided to check out Ms. Peebles' output to see how satisfied her customers are. Turns out: Aside from one book, which got three good reviews, not so much.

From a review of Beyond the Other Side of Suicide:


I had purchased by the same author the book called "The bridge that Spans are World" [sic] and found out it was the same book as this book with another title. I have returned that kindle edition.


I figured, oh, she rereleased it after some some time had passed, perhaps with an update? Nope. The two editions appear to be the same and were published about a week apart.

From a review of Total Facial Exercise and Conditioning - a 9 Week Course in Beauty:


I advise you not to waste your money. This purported "book" (read pamphlet) is excruciatingly repetitive: how many times does the reader need to read that "This is a complete 9 step program and you will gain the most benefit by doing the exercises in sequence"? It's extremely poorly formatted: there are no illustrations of any of the exercises, and, as an added bonus, it's outrageously priced. This cut and paste job looked like it had been put together without any thought for how it would appear on a page. It was not at all what I expected. If I could return a Kindle "book", I would certainly return this one.


The feedback on I am the Girl with the Dragon Tattoo seems especially pissed off:


No matter how much you polish this work you are still going to be left with garbage that an unmotivated 2nd grader might turn out in a hurry so they could catch the new Spongebob Squarepants.


Perhaps I'll enjoy the author's next book, "I am the Girl who Played With Fire."

A Kindle edition of Ms. Peebles' Aleksandr Solzhenitsyn's 52 Methods of Russian Torture: In The Gulag Archipelago sells for $2.99. A used copy of a print edition: $999.99.

This reader, who gave it one star, wasn't so keen on it:


I bought this book expecting a scholarly analysis of soviet prisoner abuse - it is instead a small list with a rudimentary and oddly emotional description for each item. It is in NO WAY a scholarly work and should be priced much lower. Each torture is named without citation and briefly described. This review has more substance than this "book". Amazon should be ashamed for selling this at this price.

On the other hand, another reader gave it five stars, commenting:


Karen Peebles suggests that upon closer examination of Solzenitsin's work(s) there are not only 52 torture methods but suggests that there are as many as 200 methods. The Patriot Act was not designed to prevent Al-Qaida terrorism, but to prevent an American insurgency against the implementation of the genocidal New World Order (see the content of the Copenhagen Summit 2009 - that leaves only 1.5 billion of the current 7 billion world population.)


I guess there's an audience for everything.


PS: Other titles by Ms. Peebles include:

--Butchering Chickens on Your Own Farm

--How the Black Enslaved Himself and How the Civil War Set Him Free (Editor's note: !!!)

--Chicken Farming in Your Backyard for Food, Eggs and Profits

--How to Tattoo With Ink & Needles

--How to Cut Up a Chicken in Two Minutes (Sensing a theme?)

--Scientific Link Between Tick Bites and Allergy to Beef

--O Little Bright Soul Adolf Hitler (Editor's note: GAH!!! Description: "Two souls meet in the heavenly realm and make a promise to recognize one another while on planet Earth. Each becomes the facilitator of the other's longing. Yet it is the recognition of each other while in the physical world that proves to be the most difficult part of the journey. This awesome book will change everything you have ever thought about life, death, and our stop at each along our journey.")

--The Naked Alaskan Bird Watcher (Sadly, I couldn't find any books on frostbite)

--Swinging for Beginners (Co-written with "The Love Tutor," so I'm assuming pendulums were not involved)

--Everything You've Always Wanted to Know About the Pet Rock

-- and The Complete New Testament. Yes, really. And it's "out of stock."


UPDATE: She isn't credited, but I suspect Ms. Peebles is behind Everybody Poops, a ripoff of Taro Gomi's Everyone Poops. Read the reviews from customers. They are not a happy bunch. (Well, that was a crappy thing to do.)

I've reported this one to Amazon--we'll see if it does the right thing and takes this down. It's out of print, but has no business even being listed.

My morning so far: A documentary playlet


The working title for this is: There Will Be Vodka.

The curtain rises on a cubicle farm in suburban Long Island.

Me: Is there art for the cover story?

Me: Why are you distributing this?

Me: The first page went around already. And you didn't notice the second page was all dummy copy? [Our boss] asked you to distribute the third page.

No. 2 then redistributes the first page to everyone and throws away everything else.


Judging by news reports, the $1 billion deal for Facebook to buy Instagram seems to have reversed global warming:

Facebook has announced that it is acquiring Instagram for a cool $1 billion in cash and shares. --TG Daily

The announcement came today that the Spending Ludicrously Large Sums Of Money Division of Facebook is planning to purchase Instagram for a cool $1 billion. --Edmonton Journal

According to USA Today, the price for Zuckenberg and Facebook? A cool $1 billion in cash and shares as part of a deal expected to close later this quarter. --The Smoking Section

According to a report from All Things D's Kara Swisher, Facebook will pick up the social app, which got its own long-awaited Android version, for a cool $1 billion in cash and shares. --Engadget

Facebook has just announced that it has bought the Instagram photo-sharing service for a cool $1 billion (around £630 million). --TechRadar

It can achieve that aim in one fell swoop, and for a cool $1 billion, by picking up Instagram. --Different PC Mag article

On the eve of its initial public offering, Facebook just announced that it's buying the popular mobile photo-sharing service Instagram for a cool $1 billion in cash and stock. --Forbes

By now, the whole media/tech world is abuzz following the announcement that Facebook has acquired photo-sharing service Instagram for a cool $1 billion in cash and stock. --Media Bistro

Facebook announced plans Monday to buy mobile photo-sharing site Instagram for a cool $1 billion in a move that will make the social networking giant an even bigger data hog for wireless carriers. --Light Reading

With the announcement on Monday (April 9) that it had been bought by Facebook for a cool $1 billion, Instagram seems destined to be the next big thing. --MTV.com

Facebook has bought the photo sharing company 'Instagram' for a cool $1 billion in cash and shares. --The Economic Voice

The managers and staff of these startup companies can only hope for the fortune recently experienced by the photo-sharing app Instagram, which was sold to Facebook on Monday for a cool $1 billion. --Fox 5 Las Vegas

In its biggest acquisition yet, Facebook will purchase Instagram, the photo sharing system with those quirky special effects filters that make your iPhone pictures look like they were taken with an Instamatic in 1973, for a cool $1 billion -- despite the fact that Instagram has never made a dime and employs only about a dozen people. --HeraldNet