This Slate piece by Farhad Manjoo on creating a viral hit has inspired me to do make my own lazy viral hit. 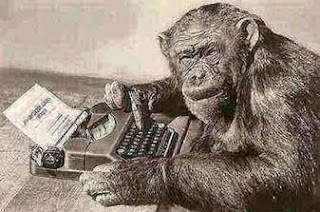 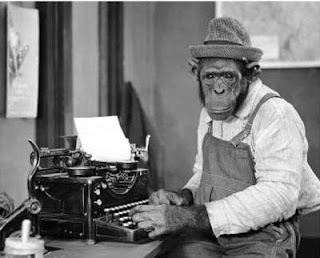 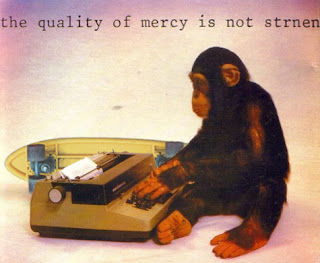 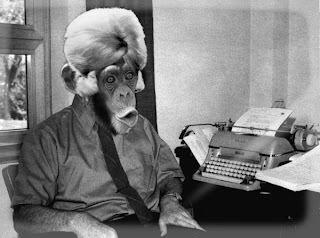 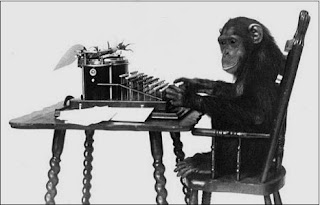 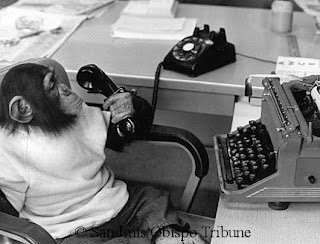 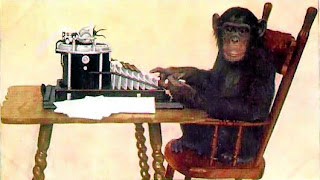 Email ThisBlogThis!Share to TwitterShare to FacebookShare to Pinterest
Labels: chimps sitting at typewriters

It would be funny if, during the middle of the show, she suddenly started doing a Nixon impression


Rather odd editorial lapse in The New York Times the other day, in an article about actress Debra Jo Rupp and her portrayal of Dr. Ruth in a new play:

But Ms. Rupp was also wary of getting hemmed in by the famous voice. “At first I was worried that people would just want me to do a rich little imitation,” she said. “I can’t live and breathe the person then. It has to come from me and my heart and who I think she is.”

I suspect it would be tough to do a Rich Little imitation. Who the hell know what he sounds like anyway?
I sent a note to the Times. Perhaps I'll spur a correction. Won't that be exciting?

UPDATE: The Times has appended a correction, which features another mistake:

An earlier version of this article misstated the actress Debra Jo Rupp’s trepidation in doing Dr. Ruth’s voice. She said she was afraid that people would want her to do “a Rich Little imitation,” referring to the comic impressionist, not “a rich little limitation.”

Posted by Jim Donahue at 9:02 AM No comments:

Death at a funeral


In honor of The Velvet Blog's eighth year, a rerun of my farewell blog post, when I killed TVB on March 25, 2010. (OK, it recovered. The blog was dark for about six months.)

So, the gag is, I appropriated the story of the classic "Chuckles Bites the Dust" episode of Mary Tyler Moore and presented it as if it had actually happened to me. As I had posted a YouTube video of the entire Chuckles episode not long before, and linked to both a clip of the farewell MTM episode's goodbye hug and a copy of David Lloyd's Chuckles script in the post itself, I thought the joke wasn't exactly obscure. Still, a few people took it literally, and one stranger accused me of plagiarism, pointing out the parallels to an MTM episode. You know--the one I explicitly referenced and linked to. Sigh. Anyway, I've always thought this was a great post to go out on, even if it turned out to be a premature burial.


It all started after a really bad breakup. I moved to Minneapolis to get away and clear my head and, by a total fluke, got a job as an associate news producer at a local TV station. My boss was a lovable lug and the anchorman a blowhard and my upstairs neighbor a weight-obsessed Brooklynite and ... well, here I am blathering on and getting away from my point.

So, there was this clown, Knuckles, who hosted a children's show at the station, and, during a public appearance at a circus while dressed as a peanut, a rogue elephant tried to shell him. I know, crazy, right? Anyway, he was totally killed, and it was really sad, and I got mad at my co-workers when they started giggling at the absurdity of it. It was super inappropriate.

Then, at the funeral, the strangest thing happened--during the eulogy, I couldn't stop laughing. Uncontrollably. Seriously, I was shaking. And when the minister pointed out that Knuckles would have wanted it that way, well, then I couldn't stop sobbing, because Knuckles was dead, struck down by an elephant who thought that poor clown was a huge, mutant legume, and, man, that's just so sad.

And speaking of dead, it's been kind of creeping up on me that, after going on six years, The Velvet Blog is dressed as a peanut and there's a rogue elephant here. Oh, it could be worse. The blog could be dressed as a banana and be peeled by a gorilla--that would be worse. Still, though, this blog is dead. And I'd like to think that somewhere up there tonight, behind those pearly gates ... in the Great Beyond, where someday all must go ... somewhere up there tonight, in honor of The Velvet Blog, a celestial choir of angels is sitting on whoopie cushions.

Now, won't you join me in a chorus of "It's a Long Way to Tipperary"?

Posted by Jim Donahue at 9:18 AM No comments:

Blogger started giving page-view stats, I noticed a couple of months ago, though I didn't really look at them till recently. In honor of The Velvet Blog's eighth blogoversary, here are the Top 10 TVB Posts of All Time, or at Least Since Blogger Started Tracking, Whenever That Was (and, brace yourselves, it's a VERY monkey-centric list):

Smackdown: Lidsville vs. The Bugaloos (613)

As you can see, monkeys are popular, especially cute baby monkeys. Let this be a lesson for unpopular bloggers everywhere. (Also: Poop.)

Obviously, 99.9% of these hits came from random Google users--except I really can't account for the high showing of that New York Post post. That's just a mystery.

Posted by Jim Donahue at 9:24 AM No comments:


You know, I think I'm pretty Web-savvy, but every once in a while something comes along that's just so freaking crazy that I have trouble believing it's true, and then I find out that it's not only true but that it's been around for ages.

Such is the case for "spinning." No, not the exercise kind of spinning, but online spinning.

Jeremy Duns, a novelist--someone I follow on Twitter, a professional who's made it a priority to root out plagiarists--posted a link to something called The Best Spinner. I'll pause for a moment to let you look at that.

So, spinning lets you take language and tweak it just enough so that you can repost it and not get easily busted for copying. This is an actual practice. I'll now point out this Wikipedia article on the subject. An excerpt (and this is a quote, not a spin):


If the original articles are plagiarized from other websites or if the original article was used without the copyright owner's permission, such copyright infringements may result in the writer facing a legal challenge, while writers producing multiple versions of their own original writing need not worry about such things. ...

Article spinning requires "spintax." Spintax (or spin syntax) is the list of text, sentences, or synonyms that are embedded into an article. The spinning software then substitutes your synonym choices into the article to create new, unique variations of the base article.

Now, you might think that people would be sheepish about admitting they use such software. And you might be right when it comes to the general population, but wrong when it comes to a certain class of online quote-unquote writer. Scroll down the Best Spinner page, and get these recommendations from real (?) users:

I've been using this for the past week and it has saved me both time and money. Before, I had 2 choices; either spend hours writing my own articles or pay someone around $30 to write a single mediocre one for me.

Oh, well, boo hoo hoo. Here's a thought, Paul Fletcher, who appears to be a real person: How about you do something useful with your life instead of being proud of your bullshit?

It has so many great features that I just haven't found elsewhere. I particularly like the 'auto rewrite' feature - it's saved me days of writing copy!

You know what feature I like, Rob Hensen? The Ignore Rob Hensen And Everything He's Ever Written feature. It's built in to my life.

What a time saver - my staff love this tool

Hey, Lou Garcia, did you spin that sentence? Because it really sounds like a euphemism for how your genitals love your genitals but want to cut down on the time spent handling them.

I am a professional writer, specializing in SEO articles. This program has sped up the process so much, that it almost doesn't seem right taking money for the jobs, now.

And, indeed, that's the common link between everyone quoted on that page--they're all involved in an online reach-around while making the Internet a little less pleasant and useful for the rest of us.

So, spin that, fellas.

Posted by Jim Donahue at 3:31 PM No comments:

A rerun from May 9, 2006, which was itself a rerun of a post from April 29, 2005, only in Italian. The original was, of course, rerun yesterday. Am I blowing your mind? Happy blogoversary, folks. I take no credit or blame for the Italian, BTW, which was translated by Google.


A rerun from April 29, 2005--part of The Velvet Blog's eighth anniversary blogstravaganza. Honestly, I wanted to do a book based on this concept, but after doing about a dozen of them, I ran out of ideas. But, c'mon, this is funnier than Poop My Dad Says, and that got turned into a sitcom with you-know-who. Life is unfair.


Hey, I just remembered The Velvet Blog is turning eight this month! My, how time flies. Before you know it, TVB will be swiping my car keys to go visit clandestine raves. (Are they still a thing? Do teens go to raves? Oh, whatever.) This particular post was the first one here, from June 14, 2004.

In the past, I've spent the month of June rerunning old posts as an energy-saving measure (just like those fluorescent bulbs that no one likes, either). I may or may not do the same this month. We'll see.

Blogger informs me that this is my 1,931rst post, but I think that may include items in draft form but never triggered. Yes, there are some things I decided weren't worthy of being posted here. Hard to believe, I know.


All humor has been sucked from the universe.

Also, I'm busy at work. But mostly the humor-sucking thing.


According to Weather.com, the moon is waxing gibbous. I wonder if it considered electrolysis first.