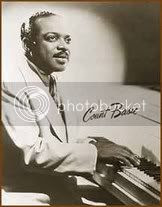 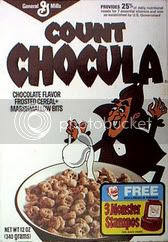 Feel free to print this out for your wallet.

Good Lord, I guess this means I'm blogging again (but on a reduced schedule).

I can't help it. It's like crack. Not that I have a crack problem. Now, excuse me as I go meet Whitney Houston for a "cup of coffee."

Most depressing film commentary ever

Really, this just makes me want to weep (whole string, not just the "review" at the top).

Why wouldn't he at least put [Rosebud] in a nice case or soemthing if he liked it so much.

May they all be damned to watch nothing but movies co-starring Pauly Shore and Stephen Baldwin until their eyes bleed. 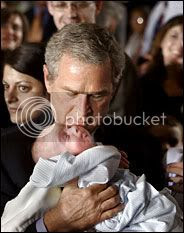 I got an e-mail today with the subject line: Vicodin: you know you want it.


The very first TVB post, from June 14, 2004. And on that note, I think I'm taking a blogging break for a while. Many thanks for all the kind words over the past year. Feel free to keep in touch by e-mail.

We read the headlines (so you don't have to)

New management came to visit. The choice comment (paraphrased): In this business environment, you've got to bear a lot of puppies and be willing to drown a few without getting sentimental.

Coming soon to a bookstore near you: Drowning Puppies: A Ruthless Guide to Success. I smell a best seller. Rah, rah, rah.

If he were still alive, Richard Berry, the man who penned the lyrics for the iconic fraternity-rock anthem "Louie Louie," might be shaking his head in disbelief.

Since he's dead, however, he's pretty much just lying there.

Berry wrote the song as a simple sea shanty about a sailor trying to get back to his lady love. But a middle school marching band in Benton Harbor, Mich., was almost banned from playing "Louie Louie" at an upcoming festival because of what the school's superintendent called "sexually explicit lyrics."

Benton Harbor Supt. Paula Dawning reversed her decision Thursday after parents at McCord Middle School came out in support of the song.

Oddly, all of the parents showed up wearing togas.

It wasn't the first time parents and teachers questioned the song's seaworthiness as family fare. The long-simmering pop- culture controversy dates back to 1963, when the most famous version of "Louie Louie" was recorded by The Kingsmen.

The band's slurred, barely intelligible take on the song fueled rampant speculation that the lyrics were obscene, prompting a two-year FBI investigation that ended when the feds concluded they were unable to interpret any of the wording. Since then, "Louie Louie" has become one of the most recorded and requested rock songs of all time.

When you can't understand the lyrics, apparently, your filthy, filthy mind fills in the gaps.

Dawning expressed concern that the allegedly racy content of The Kingsmen's hit made it an inappropriate choice for the band to play at Saturday's Blossomtime Festival, even though the marching band was not going to sing it.

But band members and parents of McCord students complained to the Board of Education Tuesday that it was too late to learn another song in time for the festival, The Herald-Palladium of St. Joseph reported. In addition, many parents said they doubted the students even know the words to "Louie Louie," the newspaper reported. --The Chicago Sun Times

For the record, they are:

A fine little girl, she wait for me;
me catch a ship across the sea.
I sailed the ship all alone;
I never think I'll make it home

Three nights and days we sailed the sea;
me think of girl constantly.
On the ship, I dream she there;
I smell the rose in her hair.

Me see Jamaica moon above;
It won't be long me see me love.
Me take her in my arms and then
I tell her I never leave again.

And how could someone possibly misinterpret this? Well, thanks to
The Smoking Gun, we now know.

Oh Louie, Louie
Get her way down low

A fine little girl, awaiting for me
She's just a girl across the way
Well, I'll take her and park all alone
She's not a girl I'd lay at home...

It gets worse, but I'll let you explore the Smoking Gun link on your own. There are some really funny documents from when the controversy over the song exploded in 1963/1964, and the song disappeared from U.S. radio.

The only upside I can think of is that if parents are busy trying to ban "Louie, Louie," they won't have time to eliminate science from schools. (If you have to get rid of a subject, make it something everyone hates, like calculus.)

May I give you my business card?

Well, it feels that way, anyway.

I Am Curious (SiteMeter)

Yes, I've gone back to checking SiteMeter. What can I say? I'm helpless against its wiles.

From the SiteMeter reports, I see I've been getting hits from a reader who's accessing the Net via Caucasus.net, an Internet service provider in Georgia (the country, not the state). The time zone shows up as "Baghdad/Moscow time"--that's all I know.*

Anyway, you've got me really curious--if you return, could you drop me an E-mail (jdonahue62@yahoo.com)? Where are you? How on earth did you find The Velvet Blog?


*Don't worry, folks. I can't determine your E-mail address or anything else personally identifiable. I can, however, tell whether or not you surf the Net while naked, and all I can say is, for God's sake, put on a robe or something. Yeesh.

Why Jennifer Wilbanks MUST be punished

Then, why? BECAUSE SHE HAS COMPLETELY SPOILED THE WHOLE IDEA OF TOAST.

Recently, someone put up for sale on eBay a piece of toast with an image of the Virgin Mary on it. This, for some reason, got a lot of media attention. ("Do we cover a piece of toast, or how many people died in Iraq today? Ah, let's go with the toast.") This has spawned a cottage industry of toast sellers.

We have now reached the peak (or perhaps the nadir--I can't decide) of eBay toast auctions: After one Jennifer-Wilbanks-image-on-my-breakfast-toast auction got some media play, there are now something like 123,394,239,485,293 (rough count, plus or minus 5) pieces of toast with Wilbanks' image scraped on them being auctioned online. 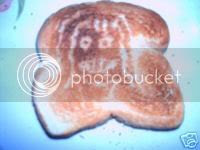 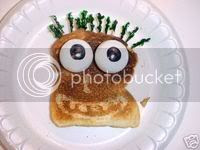 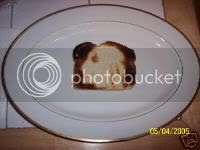 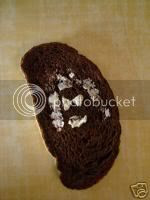 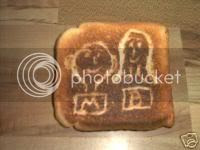 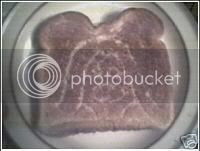 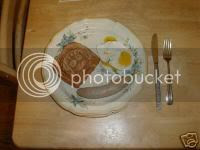 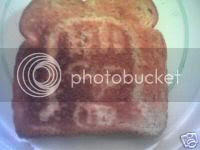 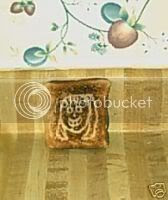 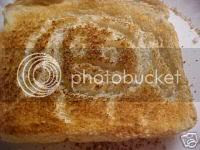 I have to say, though, I do like the one with the googly eyes.

An open letter to the producers of Lost

Hello! Look, I love your show. It's the only TV drama I make it a point to watch. But I have some concerns.

Please, please don't have a "surprise" twist in which it turns out that the characters don't know they're dead. This would presume they've never seen Jacob's Ladder, The Sixth Sense, Carnival of Souls, Outward Bound, Between Two Worlds, Haunts of the Very Rich, Siesta, or half a dozen episodes of The Twilight Zone (especially "The Occurrence at Owl Creek Bridge") and Night Gallery.

Oh, and don't make the plot so hopelessly convoluted that you can never explain anything satisfactorily (see: the second season of Twin Peaks).

SMALL UPDATE HERE.
Posted by Jim Donahue at 8:01 AM 2 comments:

The Velvet Blog pledge to you, our greatest resource

We here at TVB swear to uphold the strategic value proposition of our synergies and branding, as long as it profitizes our end users. We aim to achieve a benchmark paradigm of our core competencies as we empower our functional partnering strategies to uphold discretionary values, even if that means re-engineering our reciprocal alliances. Or your money back.

Forever and ever, amen.

The problem with reporters these days is that they're unwilling to make logical connections between stories.

Take these two news items, both of them from today's edition of Newsday (a daily paper here on Long Island):

Page A32: Obesity is growing fastest among people in households that earn more than $60,000 a year. ... University of Iowa epidemiology professor Jennifer Robinson, who co-wrote the study, said researchers don't know why obesity is spreading among the affluent. "Too many lattes, I guess," she said.

Page B20: In a study that followed Californians for almost 30 years, researchers found that the fatter people were, the greater their risk for ... dementia.

So, obviously, the more money you have, the more likely you are to lose your mind.

Too tenuous a connection, you say?

Back to junior high

I'm a little disappointed that no one has asked me what my latest user photo, under "About Me," represents.

The exchange I was hoping for:

You: What's that a picture of?

Me: It's a picture of Uranus.

Laura Bush will be appearing at 9:00 and 11:00 at the Brew-Ha-Ha in Cleveland on Friday

Ladies and gentlemen, I've been attending these dinners for years and just quietly sitting there. Well, I've got a few things I want to say for a change.

This is going to be fun because he really doesn't have a clue about what I'm gonna' [sic, blame USA Today] to say next.

I said to him the other day, "George, if you really want to end tyranny in the world, you're going to have to stay up later."

I am married to the president of the United States, and here's our typical evening: Nine o'clock, Mr. Excitement here is sound asleep, and I'm watching Desperate Housewives--with Lynne Cheney. Ladies and gentlemen, I am a desperate housewife. I mean, if those women on that show think they're desperate, they oughta be with George.

One night, after George went to bed, Lynne Cheney, Condi Rice, Karen Hughes and I went to Chippendale's. I wouldn't even mention it except Ruth Ginsberg and Sandra Day O'Connor saw us there. I won't tell you what happened, but Lynne's Secret Service codename is now "Dollar Bill."

But George and I are complete opposites--I'm quiet, he's talkative, I'm introverted, he's extroverted, I can pronounce nuclear--

The amazing thing, however, is that George and I were just meant to be. I was the librarian who speant [sic--blame USA Today again] 12 hours a day in the library, yet somehow I met George.

We met, and married, and I became one of the regulars up at Kennebunkport. All the Bushes love Kennebunkport, which is like Crawford, but without the nightlife. People ask me what it's like to be up there with the whole Bush clan. Lemme put it this way: First prize--three-day vacation with the Bush family. Second prize--10 days. --Laura Bush, quoted by USA Today

She'll also be at Chuckles in Des Moines on Saturday, and the Laff Factory in Secaucus on Sunday. Two-drink minimum. The second show can be a little "blue," so leave grandma at home.