I'd like to formally announce that I'm come into a large sum of money. Woo hoo!

I just received this notification:

We are pleased to notify you that your email address won the sum of GBP£750,000: 00 (Seven Hundred and Fifty Thousand Great British Pounds) from Heineken Online Sweep stake Promotion held on December 1st, 2010.

Well, I'm not too happy you held on to my money for two months, but still: Woo hoo!

Your Email Address was selected randomly through our Computer Ballot System from World Email Directories. This promotion is part of the financial empowerment program of the Heineken Company London UK in its desire to Reward our Numerous Customers Worldwide.

I've long been suspicious of world e-mail directories--a bit too much like One World Government, am I right?--but still: Woo hoo!

While basking in the euphoria of this achievement, I wish to seize this opportunity...

You know, you could stop typing for a moment and take a shower. I'll wait. Woo hoo!

I wish to seize this opportunity to acquaint you with guidelines as you must follow in order to complete your claims. On our part, we have a mandate to see you through. We will work assiduously to realize this mandate as we respect your views,opinions and most importantly protect your Privacy.

Thanks! Now, pardon me while I wire you all my banking information. Woo hoo!


UPDATE: Um, does the bank have to empty out your account before receiving a large sum of money to make sure it doesn't overflow? If so: Woo hoo!

Looking down my block: 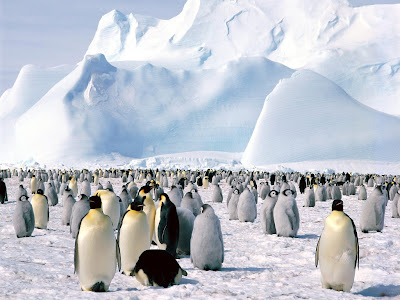 Posted by Jim Donahue at 5:41 PM No comments:


comeback for would you like fries with that shake
"Yes, thank you."

toe head
I had to wear an orthopedic hat until junior high.

titles with the word squirrel
Give it a few weeks and Mega-Shark Vs. Octo-Squirrel seems inevitable for SyFy's Saturday night spot.

vulcan tuna melt
Can I get that with Swiss on whole wheat?


Part of an occasional series in which we improve depressing or odd descriptions of vanity press books advertised in The New York Times Book Review by adding the phrase "Wacky high jinks ensue" at the end of them. Ad copy verbatim (except for the high jinks) from the Jan. 23 issue:

Marbles of Pearl: A book of classics. A timeless collection of poetry, and an operatic rhapsody. This is [name redacted]'s Marbles of Pearl: Tale of the Satyr. Delve into his poetry and appreciate the written word once more. Wacky high jinks ensue.

Anyone who decides he's been called, chosen, anointed, and appointed by God is definitely a tool of some sort. 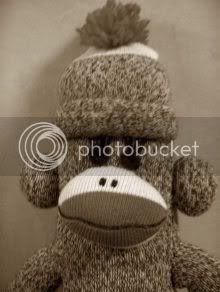 
Disappearing for a week or two. Busy, busy.

The scientific method in action

When we cry, we may be doing more than expressing emotion. Our tears, according to striking new research, may be sending chemical signals that influence the behavior of other people. ...

In several experiments, researchers found that men who sniffed drops of women’s emotional tears became less sexually aroused than when they sniffed a neutral saline solution that had been dribbled down women’s cheeks. --The New York Times

Misattributed quotations are messy, clinging, and of an annoying and repetitive pattern


TVB readers with long memories may recall a 2006 post about multiple online sources misattributing a quotation, "Marriage is a wonderful invention; but then again, so is a bicycle repair kit," to Geoffrey Chaucer--specifically, the Wife of Bath's prologue in The Canterbury Tales. It seems a really odd mistake to happen in the first place--with bicycles dating to the 1800s and Chaucer dead more than 400 years, making him an unreliable source of wisdom on bicycle repair kits (perhaps somewhat less so on marriage). Still, a ton of sites denote him as the source of the quotation; others attribute it to Scottish comedian/actor Billy Connelly, which seems somewhat more likely, though no one says where in his writings or his act it appears. So, who knows, really?

For those with short memories, my theory is the confusion stems from the fact they look a lot alike: 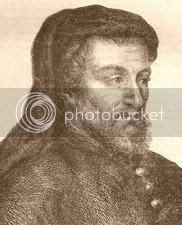 The Chaucer/Connelly confusion continued even after TVB pointed it out. (Amazing, ain't it?) In a blog post from 2008, Lawn Gospel ("Seeking a God-Entranced Vision of Life, Love, and the Pursuit of Christ") posted this:

In his Wife of Bath’s Prologue, Geoffrey Chaucer once quipped, “Marriage is a wonderful invention; but, then again, so is a bicycle repair kit.” One’s view of marriage can be influenced by many things, but as Christians, we have the responsibility to form our view of marriage from Scripture and the principles that we find there. Chaucer viewed marriage as a wonderful invention, and at that point he is correct. However, it is the inventor and the purpose that becomes our point of disagreement. Chaucer, like many people today, imply that marriage is a creation of man, for his own purpose. Christians however must part company there, and declare that it was God who created marriage for his own purpose. Only when we affirm that the author of marriage is God, and realize that its purpose is bound up in God’s purpose, can we then begin to form our Christian view of marriage.

Or, you know, Billy Connelly. But whatever. (I should point out that Anonymous in comments for that post isn't me.)

"Marriage is a wonderful invention ..." isn't the only oddly misattributed quote on the Internet. The NYTPicker, a blog devoted to examining The New York Times, recently noted a similar screw-up:

Dani Shapiro did it this morning in her Sunday NYT Book Review critique of Poser: My Life In Twenty-Three Yoga Poses by Claire Dederer. ... Here's the second paragraph of Shapiro's review:
This dark enchantment with the joys, rigors and travails of building a family life is at the center of this fine first memoir, and it’s heartening to see a serious female writer take such a risky step into territory where writers of literary ambition fear to tread, lest they be dismissed as trivial. Bills, laundry, cooking, breast-feeding, baby sitters, holidays, aging parents — my favorite curmudgeon, Nietzsche, put it this way: “Family love is messy, clinging, and of an annoying and repetitive pattern, like bad wallpaper.”

It's that last line that caught a NYTPicker reader off guard. Our emailer didn't recall Nietzsche making many, you know, home decorating references in his essays. (Although in fact the controversial philosopher did publish a book called The Gay Science.) So we all looked it up and discovered some misinformation on the web. Apparently a lot of quote books wrongly give the nod to Nietzsche on this one.

Our reader found the actual words in a 1994 book by P.J. O'Rourke called Modern Manners: An Etiquette Book For Rude People.
Clicking on the link will take you to the exact page in O'Rourke's book where the passage appears.

Searching for uses of the quotation leads me to conclude that sources are pretty equally split between crediting Nietzsche or O'Rourke. (Note that last poster on NYTPicker's post, a certain Anonymous, maintains that it's Nietzsche, and that O'Rourke must have plagiarized him without, um, giving a source for it among Nietzsche's writings. At least someone confused about the "Marriage is a wonderful invention ..." quote could have looked up the Wife of Bath section of The Canterbury Tales to confirm or disprove that one.) One book I found online attributes the quote to "Eva Burrows, Salvation Army General," and credits Nietzche with “In family life, love is the oil that eases friction, the cement that binds closer together, and the music that brings harmony.” It appears the quotations were switched--other sources credit that to Burrows.

All this is just a long way of saying that ... well, you know the line "Now, give me that banana"? That actually comes from Mark Twain.


UPDATE: The New York Times has published a correction, appended to the online version of the story, here.

The candidates for chairman of the Republican National Committee are a literate bunch.* And when asked to name their favorite book, their answers were revealing, to say the least. ...

"It was the best of times, it was the worst of times," Steele recited -- which is actually a line from Charles Dickens' A Tale of Two Cities.

But the real highlight of the exchange came when Ann Wagner responded to the question, saying, "Probably my kitchen table." What was she referring to exactly? Her favorite bar, apparently, which she thought she was being asked. Her favorite book, though, is George W. Bush's new memoir, Decision Points.