Smackdown: Land of the Lost vs. Sigmund and the Sea Monsters

In this corner: Land of the Lost

Premise: Marshall, Will, and Holly, on a routine expedition, met the greatest earthquake ever known. High on the rapids, it struck their tiny raft, and plunged them down a thousand feet below to the Land of the Lost. It was always unclear to me whether they went back in time or it was an alternate dimension. Or something. Oh, and there are lizard-like creatures (Sleestacks) and a monkey-boy (Chaka). 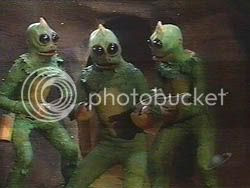 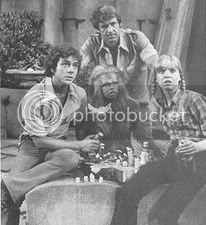 Pros: Shows perils of entering time portals, something kids today are rarely warned about. Almost--but not quite--getting home in every single episode also teaches children that life is cruel, scary, and unfair, something they should really have drilled into their heads at an early age.

Cons: Chaka never sings "Tell Me Something Good" or even "I'm Every Woman," which is disappointing. Supports anti-lizardman bias.

In that corner: Sigmund and the Sea Monsters 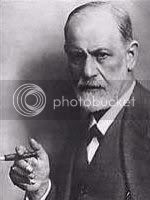 Premise: Sigmund, a sea monster/father of modern psychiatry, is kicked out of his home for being a bad monster and for being too close to his mother. He befriends two boys, who keep him in their clubhouse. He persuades them to keep it a secret. 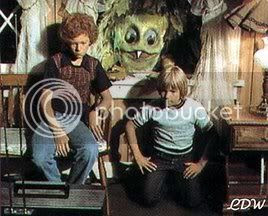 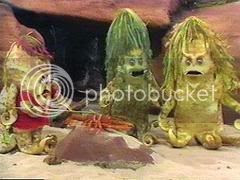 And the winner is...: Land of the Lost

Deciding factor: Because Johnny Whitaker doesn't sing Land of the Lost's theme song.
Posted by Jim Donahue at 10:35 AM

That was a completely different theme song.

Wow. I remember watching Land of the Lost when I was a kid. I liked it because the little girl on the show looked like my sister and I kept imagining it was her that fell down a waterfall into an alternate dimension... or back in time... or whatever.

Sleestaks [sp?] used to creep me out! Not sure why - could have outrun them wearing cement shoes. . . Thanks for the trip down memory lane.

your point to all this is?

Hmm. As noted many times before, I do this solely to amuse myself. Those who are amused, too, are welcome.

Now, don't make me turn off the comments function.

I used to watch Land of the Lost faithfully. I kept dreaming that I would get trapped in another dimension or back in time or whatever. Preferably without my family.

have you considered i get my amusement by getting you to explain your point?

Those Kroft shows scared the bejesus out of me. Especially Lidsville. Damn creepy.

A few years ago i was baby sitting a 12 year old boy and his 8 year old sister. We watched a rerun of Land of the Lost, and I mentioned watching this as a kid. The boy turned to me and said. " You liked this crap?"